How to convert FLV to iPod with Xilisoft iPod Video Converter?

As you know, so many video files like FLV, 3GP, DivX video can't be played on your iPod. Now you can easily convert almost video formats to iPod video, especially the conversion from FLV to iPod, once you own the powerful FLV to iPod Video Converter.

The belowed tips will tell you how to step by step convert FLV to iPod with the powerful FLV to iPod video converter software. After finishing the conversion from FLV to iPod, you can freely enjoy it on iPod anywhere.

2. Add the FLV video files from the "File" menu in batches. 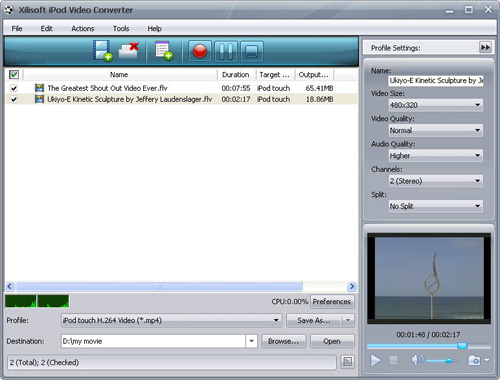 3. Choose the proper output folder and the profile "iPod" format.

4. Click "Convert" button! After a few minutes waiting, you can play the converted FLV files on iPod. 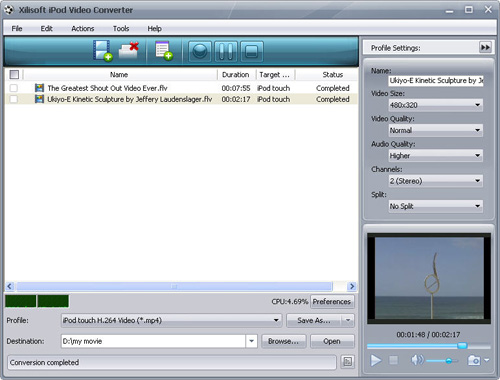 Tips 1: If you need, append many tasks at one time and the iPod video converter will convert them one by one for saving your time.